What are the advantages of Solid State Drives (SSD) benefits over traditional hard disk drives?

Part two of our SDD series of posts today we explore the advantages of solid state drives benefits over hard disk drives and look into the further benefits of having a web host company who provides solid state storage over hdd. HINT – we do!

It’s either CHEAP or FAST, it’s never both successfully

Selecting a hosting provider is often considered an afterthought by website owners and IT professionals. After painstakingly developing a site, or creating an application, decision makers often select web hosting based on the most arbitrary reasons. A low price or an abundance of server space does not necessarily speak to the quality of a web hosting provider. What does indicate the quality of a web host is the technology they use to serve their clients.

In a web hosting environment, no other feature is as critical as the speed with which web pages and applications are delivered to end users. In a matter of milliseconds, web users decide whether or not a page is loading fast enough for them. In the case of content that loads too slowly, web users often leave a website and look for information elsewhere.

While some bottlenecks can be overcome with scripting techniques and the use of caching, content-rich websites invariably take longer to load than the traditional pages that the web was designed to serve. One of the newest ways that web masters squeeze every possible burst of speed out of their content is by utilizing hosting which features SSD drives. SSD (Solid State Drives), rely on flash memory to deliver content exponentially faster than traditional magnetic hard drives. Solid State Drives also have a much lower rate of failure than magnetic drives; allowing content to be reliably delivered over much longer periods of times than with conventional hard drives.

SSD and the Hosting companies

You may have heard about SSD technology and the impact that its having at the consumer level. While SSD is indeed providing impressive results to end users, where SSD really shines is in the mission-critical arena of web hosting. Slow or corrupted data on a local hard drive is inconvenient; on a web server these issues are enough to kill a business. For the non-technically inclined, the only thing that needs to be understood about SSD is that it is currently the best storage medium available. Purchasing hosting with SDD is a decision that has immediate benefits as well as future positive applications. You don’t need to be an IT expert to see that SSD is poised to bring a number of positive changes to the world of web hosting. 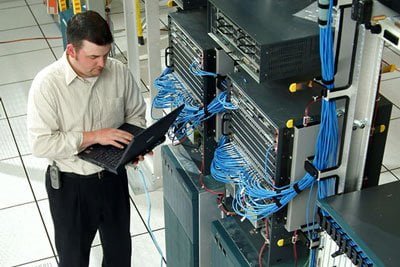 Because SSD is a relatively new technology not every web host has implemented it yet. This means that website owners and developers who opt for SSD hosting have a distinct advantage over those who don’t. Recognizing that the major factor in user satisfaction is speed of content delivery, those users who leave slow sites are very likely to find the information and applications that they need hosted on servers which feature SSD technology.

For those who need more convincing here’s the PROS

Just a few of the benefits of SSD make it worth switching to this technology. These benefits include:

Solid state drives are quickly becoming the de facto standard in web-hosting setups. Considering the benefits that these drives provide, it’s easy to foresee a day when SSD is the only option which providers and their clients find will find acceptable. Taking advantage of the myriad benefits of SSD now provides a future-proof environment for your hosted websites and applications.

Even the most conscientious web hosts can have accidents with hard drives. A hard drive dropped from a distance of just 3 feet can be rendered completely useless. Since SSDs have no moving parts, they are far more robust than traditional hard drives. A dropped SSD doesn’t mean that your site has to stop.

When traditional drives inevitably fail, a devastating amount of downtime usually follows. Even the most sophisticated redundant back up data schemes don’t always provide instant access to mission-critical applications and data. Each second of downtime represents a lost business opportunity. This loss is magnified exponentially when intricate data backup techniques are required to restore corrupted or deleted information.