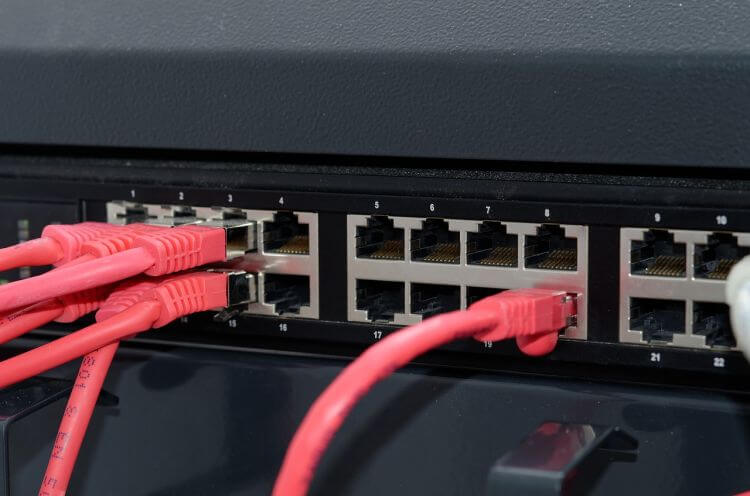 Networking is limited by the weakest link in the chain, such that if you connect through a switch/router, then a modem, then your ISP’s pad, switches and assorted hardware up until reaching the interweb, any one of those points can be what throttles your speed.

Networking speed, or bandwidth, is how big the ‘pipe’ is that allows your data to pass.  It’s a bit like the difference between a garden hose and a fire hose.  Bigger hose (bigger pipe), more data goes through.  When it comes to local networks, like ADSL and fiber, data rates can be anywhere from 2 or 3 meg per second on up to several gig per second. 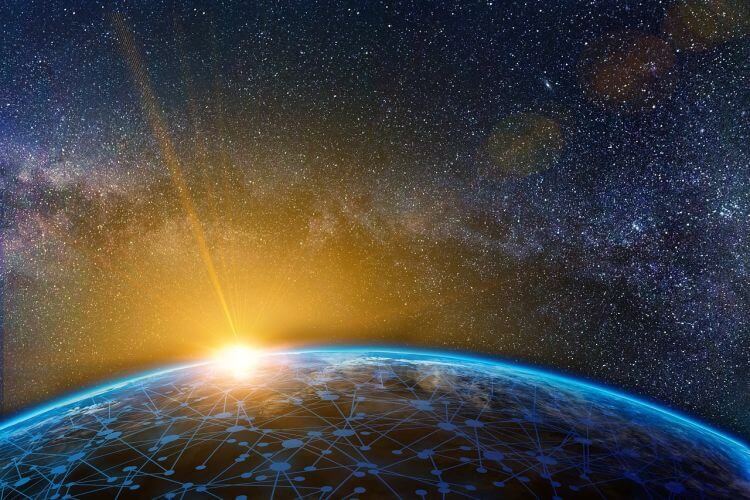 Latency & Hops to the Backbone

Having a huge amount of available bandwidth and awesome server/network hardware is great, but there’s more to the equation.

The total time required for someone to view a web page can be slowed by lag along the network.  If your web visitor is halfway across the planet from your web server, every bit of information must hop from major city to major city, country to country, continent to continent, slowing down a bit along the way.

When distances get to be great, or when poor networking (or overloaded networking) is encountered along the way, latency occurs.  To your web visitors, this will appear to be a delay between the time they click on something and the time in which the results start appearing on their screen.  One fraction of a second doesn’t sound like much.  20, 30 or more such fractions can combine to be a substantial delay.  The user experience depends on speed – and latency is the brakes on the wheels of progress.

Unless you feel lucky, network uptime is mission critical.  When network appliances go down, it can have a cascading effect, with traffic being cross-routed around the problem, thus overloading other systems and ultimately slowing them to a crawl…. on a good day.  Uptime matters!!

On a bad day, you realize that your hosting or network provider has a single path of connectivity and when it goes down, everything goes down.  There’s no cross-routing.  There’s no slow traffic.  Your server won’t even be able to throw up an error explaining the situation.  Instead, it just won’t answer.  Visitors will be wondering and checking sites like ISITDOWN or DOWNFOREVERYONE to find out if you’re really down.

When your network goes down, you lose trust.  You don’t just lose potential new client sales, but you also damage the reputation you’ve built with your existing clients.  Network dependability is everything!  You need 99.9%+ uptime.  In fact, at KnownHost we average better than 99.99%+ uptime – because it matters! 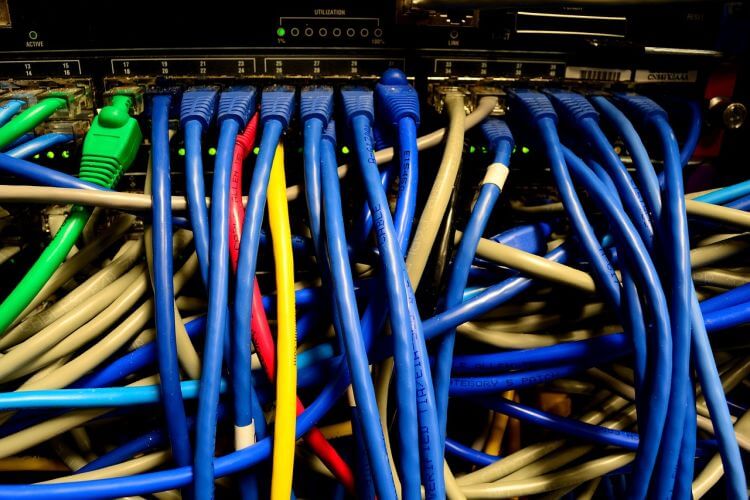 Often times a difference between top tier network providers and those more budget oriented comes down to service times.  No one thinks about networking when it’s working perfectly.  But, when it’s not – it’s too late to consider that choice of providers.

Waiting for a server to come back online feels like an eternity.  That’s complicated when you can’t check your email alerts for progress on repairs, because your server is inaccessible and email is down too!

Generally speaking, the higher the quality of hosting/network provisioning, the faster service will be restored during any downtime.  The author of this article has previously experienced, with a now defunct hosting company, a downtime of 3 days.  It doesn’t sound possible for a company to do that and stay in business….  In fact, it’s one reason budget hosts appear and disappear with regularity.  Choose a company you can depend on, who in turn chooses quality networking hardware, software and backbone connections.  Your business deserves that much.

They’re hoping only 1% of their customers will ever use anywhere near capacity, in effect overselling bandwidth, just like airlines oversell flights.  If everyone shows up, someone is going to get bumped.  With networks, if there’s a spike in demand, or several high usage users, it can slow down the connections of 990 out of the 1000 servers.

How to Avoid Networking Issues

Rule #1 – Buy From a Company You Can Trust

A dependable company is one that has been around awhile, like KnownHost who’s been doing this for more than a decade.

A dependable company is one that has proven success, just check their reviews online – see what their customers are saying.

Signing up for a high bandwidth VPS and only paying $5 a month – you have to realize it comes with risks.  Maybe the hardware is ancient and will fail.  Maybe the networking is sporadic, slow or frequently down.  Maybe the support is slow and unresponsive.  Maybe all the above.  Or, maybe not.  Feel lucky?

Do the due diligence.  Ask a prospective web hosting company for some test files from actual servers and then speed test them using your browser, and online network speed tests, to see how fast it is.  This is no guarantee, but it’s better than just hoping without even trying it out.

Speak to a KnownHost representative about your needs and find out what’s been done to build the infrastructure your website needs in order to outpace the competition.