Design Trends: The Rise of Serif 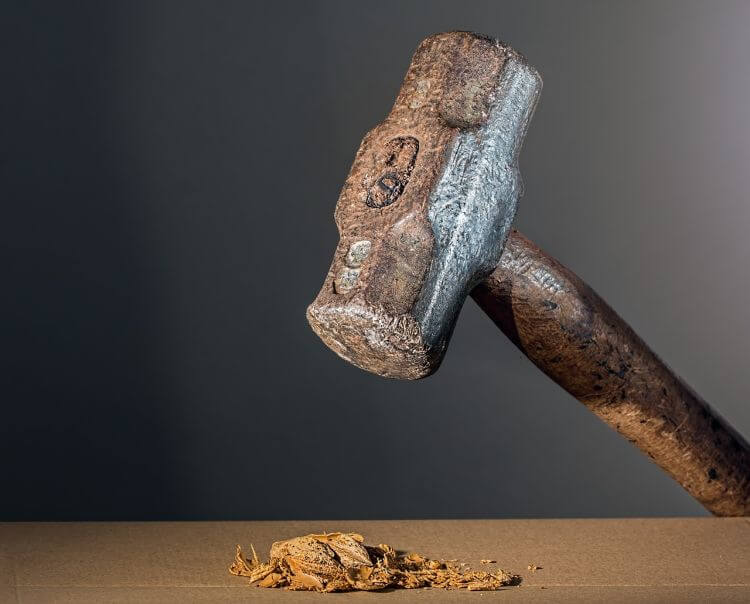 Reports on the death of serif fonts have been greatly exaggerated – a bit like pre-election polls touting one candidate over another (before the votes).  In fact, serif fonts have made such a resurgence in 2018 that one cannot ignore the importance of serif and its rapid resurgence.

The rise of serif is upon us and can be witnessed in numerous posts showcasing their beauty, application and popularity.

Almost from the moment Guttenberg first introduced moveable type to the world, there has been an ongoing argument over which is better: Serif or Sans Serif? So, which is the best? Before you answer that question, it would be wise to understand what is driving the shift in typology. 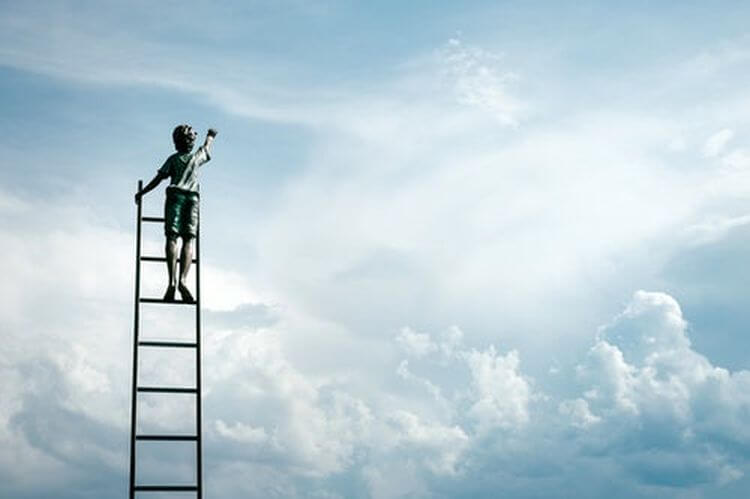 The dominance of the computer screen has made the debate almost a moot point. As a result, current trends are whatever is most appealing to the intended reader. Generally, that means bold sans serif fonts for headlines and serif fonts for articles.

So there’s no winner, right? Actually, serif is slowly establishing its dominance and will probably continue in that direction as the general population buys digital devices – computers, tablets, and phones – that come closer each day to replicating the best physical print copy available.

The Times are a Changing

In 1998, Jakob Nielsen of the Nielsen Norman group predicted that computer monitors would have a decent 200 PPI within five years. Nielsen was off by about nine years, but he was right that print newspapers would die when that mark was met.

In 2012, Apple introduced the first mainstream high definition screen, the MacBook Pro, that sported a 15-inch display with 220 PPI. At the time, Apple was far ahead of the field, but this isn’t the case nowadays.

Mobile devices like the iPad and the Samsung Galaxy Nexus tablet at 316 PPI had laser printer quality displays in 2012, now fast forward to 2018 and there are a host of competitors offering the same quality.

In 2012, Nielsen asked: “The phone people can do it — why can’t the PC guys?” He bemoaned that print experts have known for over 30 years that “300 PPI screens offer dramatically faster-reading speeds than low-density monitors.” That day has come. 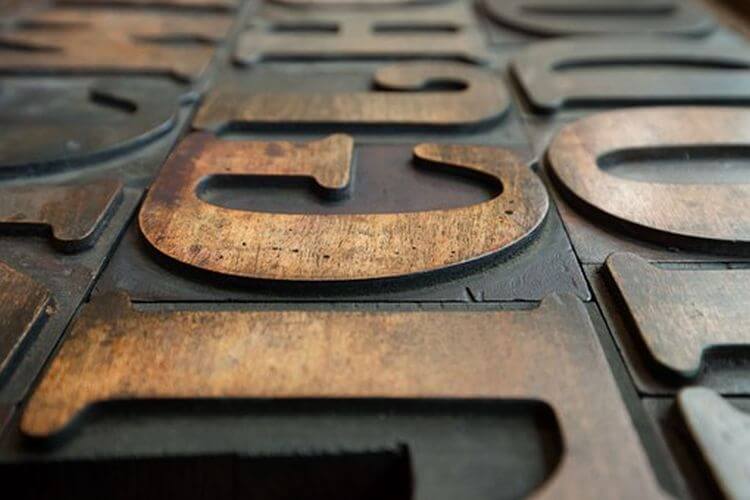 Myth #1:  Use Serifs Only in Print, Not for the Screen

This argument comes from the underserved idea that screen quality still lags far behind print quality. While some newspapers and high-end magazines do have higher publication resolutions, this argument is still flawed.

Over the last few years, retina-display and high definition have become the standard. Higher quality displays make the “but sans serif is more readable” argument a thing of the past. The era of poor-quality, highly pixelated text on a green screen is long gone.

This is no truer than myth #1. Designers have employed sans serifs in print to great success for a number of years. Just look at the number of magazines and books that have sans serif typefaces on both their covers and internal text.

This is completely false. When letters are kerned they can actually have the opposite effect, making letters appear closer than they should.

That would have been true in 2005. Typically, a person could read a digital screen of sans serif fonts 30% faster than serif. By 2012, that had dropped to 10% and today the two are equally readable.

Readability studies show that serif typefaces are easier to read. This is because with added strokes each character becomes more distinctive, and your eyes can recognize the differences quicker.

Furthermore, serif fonts guide the way words, sentences, and paragraphs flow because they help “push” you from one letter to the next.

Myth #5: One is Formal, the Other Informal

Which is better for these situations? An ad for a high-end printer or a flyer for the company picnic – the answer is both. Either can be used for both formal and informal contexts. However, a sans serif typeface may offer more flexibility because it tends to take on the feel of the surrounding typeface. A sans serif coupled with an old style font may have a classic and aged feel, while a pairing with an embellished script may have a more formal feel. 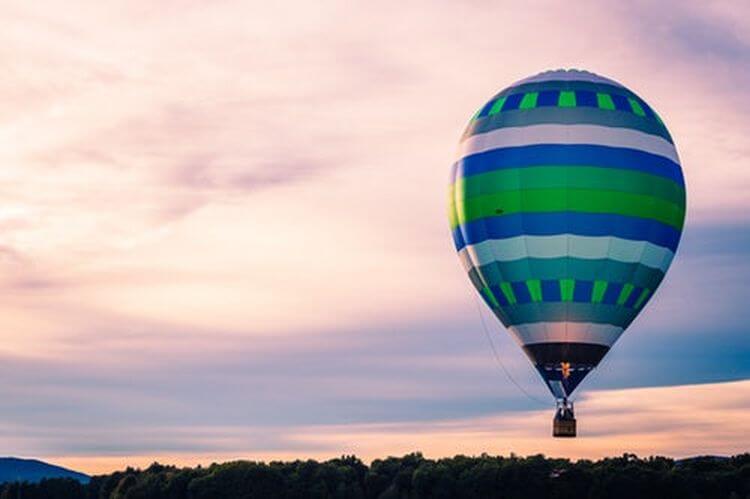 Whichever you choose – serif or sans serif – depends on you and the individual project. Communication is what it’s all about and both font styles can be used in a number of applications. The key is to use the typefaces inline with the content.

One thing is certain, current display quality has made good old Times New Roman look a whole lot more appealing. Because of advances in displays, you no longer have to compromise between the look of the printed page or the screen.

This notion also applies to other design trends. Let’s take a look at a couple of them below.

The improved quality of our display screens has also allowed designers to move away from the soft pastel hues that used to be so commonplace. Nowadays, colors are more striking, and intense shades are used more frequently to reflect our lifestyles and thought processes. In 2018, Pantone’s Color of the Year is Ultra Violet, a deep, blue-based purple that reflects our emotions, like our sense of discovery.

The color gradient has also made a comeback – gone are the days of flat design. Instead, gradients allow designers to create something new and refreshing by blending colors to make a hue that’s never existed before. Spotify is a great example of a company using gradients to create an engaging and modern brand image.

Another design trend that’s evolved in recent years is the concept of responsive logos. Responsive design began to revolutionize the web almost 10 years ago, and improved mobile browsing has forced designers to experiment with new ways to make design more adaptive to different devices. Companies such as Cola Cola and Disney have been refreshing their branding to create more modern and simplified logos – and this is the next logical step for any business hoping to meet the display demands of today.

Serif fonts are very much alive and kicking.  They are not the poor relation to san serifs – for good reason.  As computer technology has evolved, so has our ability to make use of typography and design elements.

Don’t blindly go with font choices of a bygone era.  For your next website or web hosting project, consider serif options – your audience will be glad you did!  If you’re wanting high performance hosting on a budget, then consider KnownHost for your website.  Our web hosting is cloud-based, loaded with features and priced to please.

Remember – fonts should complement the message and not be noticed in their own right, a bit like makeup.